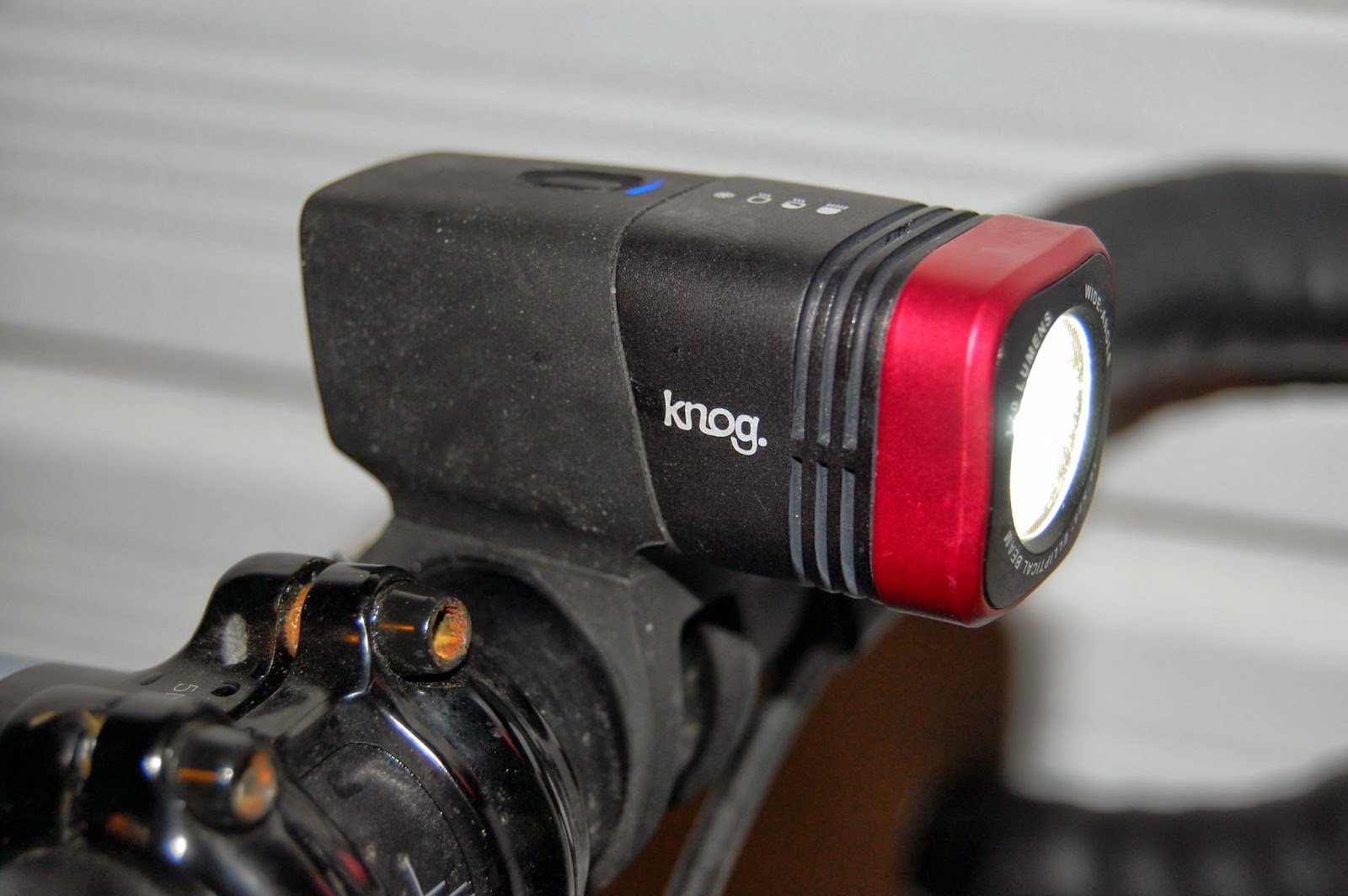 A couple of years ago, I rode the Dunwich Dynamo. If you’re unfamiliar with the event, it’s an overnight bike ride from the East End of London through 120 miles to the Suffolk coast at Dunwich. Things didn’t go ever so smoothly (as reported in Cycling Plus issue 276). Having not fully considered the vagaries of riding rural roads at night, I brought along a 20 year old halogen Cat Eye that seemed bright enough during testing in my back garden.  Perhaps unsurprisingly, I discovered the bike light technology of the early 90's to be wholly inadequate. I’m not sure how many lumens the old unit was putting out, but I’m guessing single figures. Were it not for a full moon and the odd lucky guess, I’d probably still be cycling round Epping Forest.

Bring on the new Knog Blinder Arcs. It’s apparent that things have moved on substantially in the last 20 years. In common with most Knog products, these compact units look great and feel well put together.  Soft touch silicon is complemented by tough polycarbonate housing with anodised aluminium trim (available in 4 colours). The lights attach to the bike using silicone straps and a stainless steel catch, made extra secure with a small magnet. This strap system features on all Knog’s Blinder range, and there have been reports of the silicone fraying when used on oversized bars etc. Perhaps with this in mind, the straps can be replaced on both Arc units via a small screw under the base. Knog claims that both lights are 100% waterproof and they certainly held up well in a heavy rainstorm. The lights are fitted with lithium batteries, recharged via a foldaway USB plug on the rear. 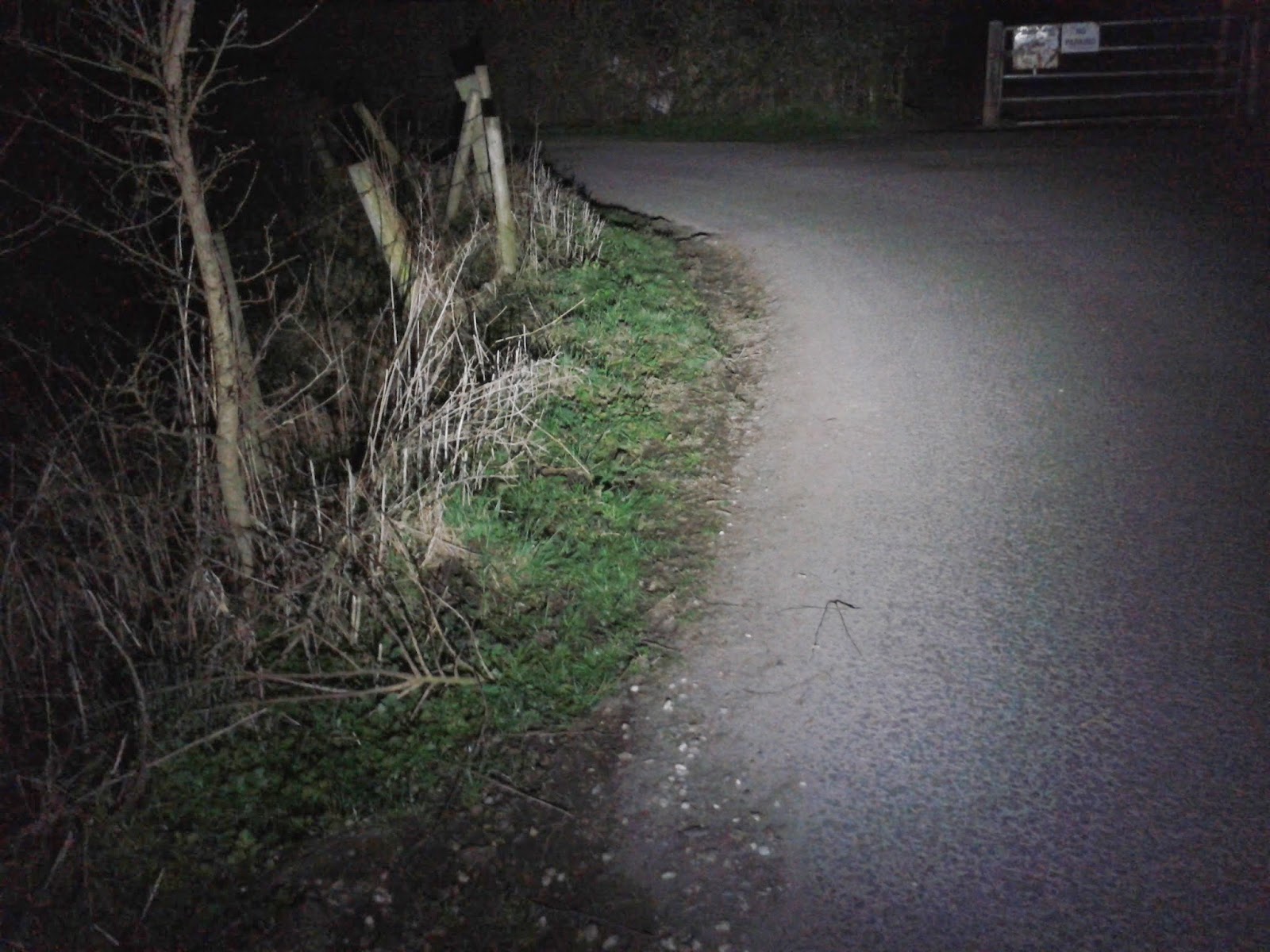 Pumping out 550 lumens, the Arc 5.5 is remarkably bright on its highest setting. The beam pattern produces a good spread on the road ahead and I was able to ride quickly on an unlit potholed track without suffering the sweaty palms of my Dunwich Dynamo experience. Re-joining the road, a single button press dips the light to avoid dazzling motorists. There are 4 settings in all, 3 levels of brightness and a flashing mode. The battery manages a claimed 1.8 hours on full beam and 17 hours on flash. In the box there’s a helmet mount, an extension lead for the USB plug and a spare mounting strap. The Arc Blinder 5.5 has an RRP of £89.99. 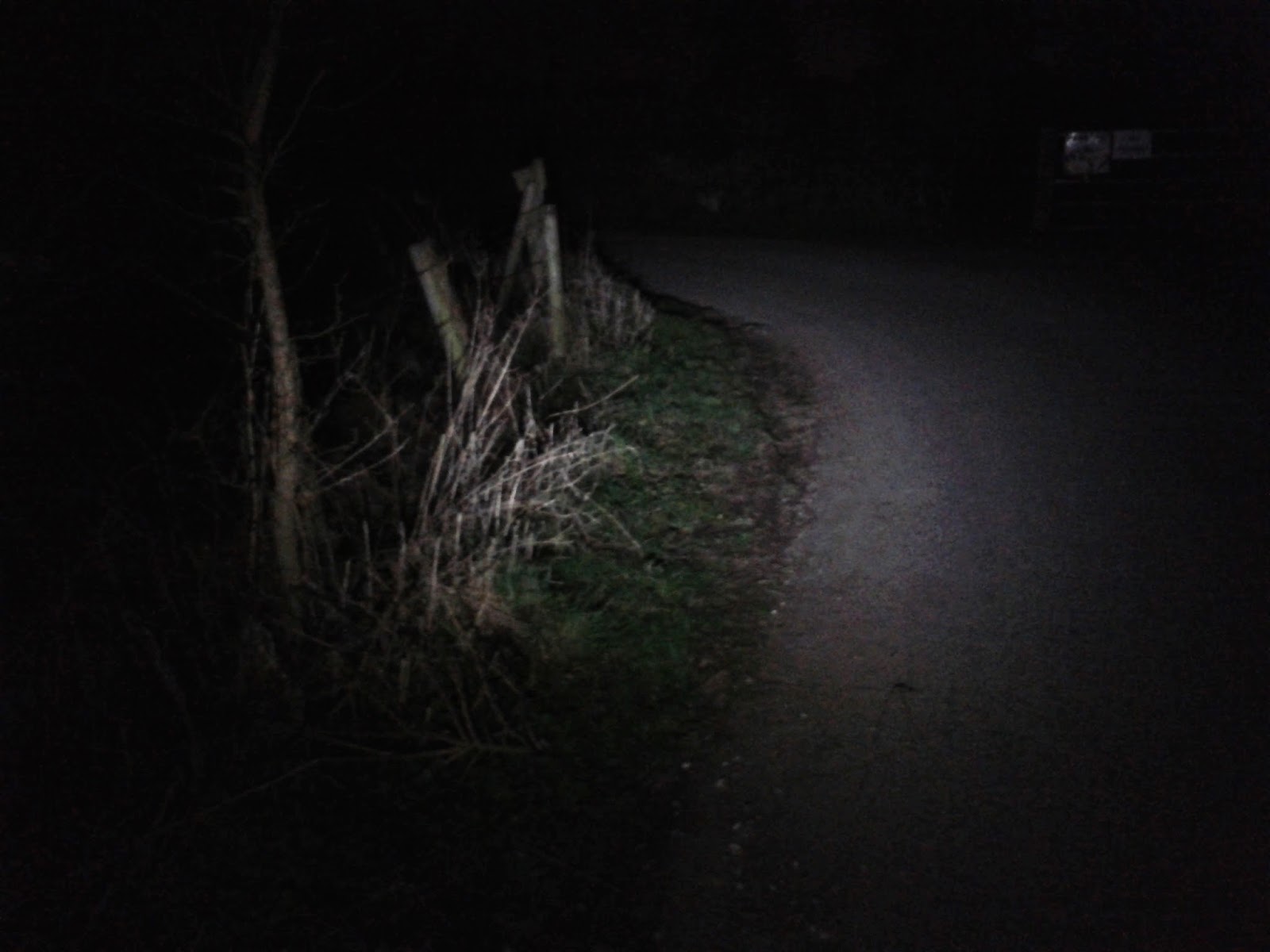 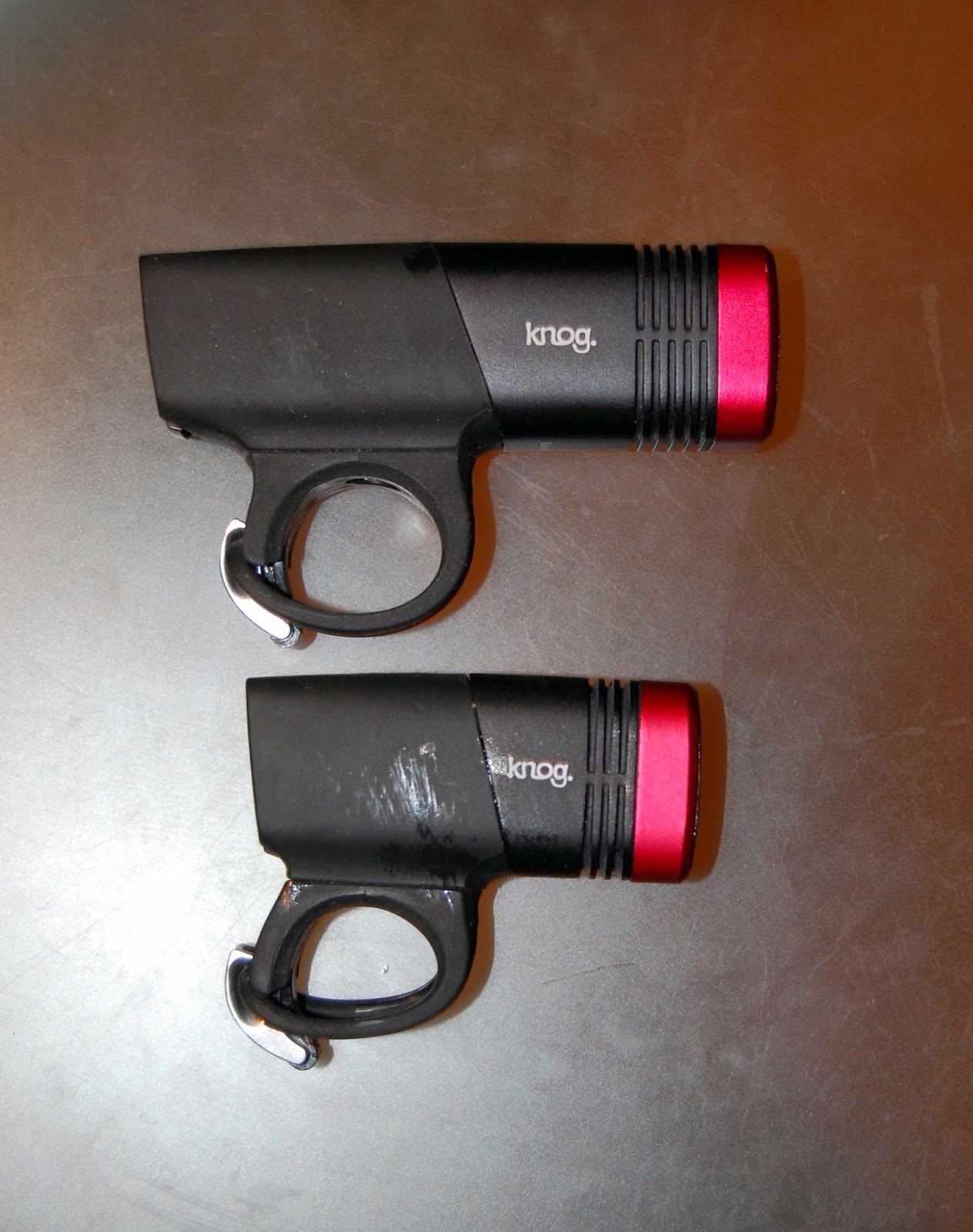 At 170 lumens, the more compact Arc 1.7 is not quite as blinding as the 5.5, but is still bright enough for me to ride on the unlit track, albeit with a bit more caution. The above photo is for comparison with the 5.5 and really does not do justice to the amount of light produced. The light boasts the same lighting modes, giving  a claimed 1.4 hours on its brightest setting, 11.7 on flash. The power is adequate for commuting on unlit roads (or even the Dunwich Dynamo), but if you’re looking to do some night time off-roading, I would plump for the 5.5. The Arc Blinder 1.7 has an RRP of £49.99.

http://www.knog.com.au/gear-featured/blinder-arcs.phps
Posted by Unknown at 4:44 PM