Orange is the New Bike 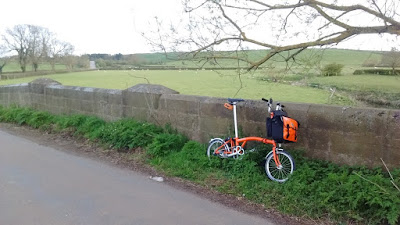 At the start of 2016 I took the massive decision to leave the GP practice in South Wigston, where I had worked as a partner for 18 years. I was offered the opportunity to work at Lakeside Surgery in Corby where I could devote more of my time to the teaching of medical students. It was a tough decision, made tougher by the fact that commuting by bike - something I had done regularly for 7 of those 18 years - was going to become nigh on impossible. Early starts, a large practice area and limited time for home visits meant that the 26 miles of travelling to get to work in the morning were going to have to be by car. Less awkward cyclist, more frustrated motorist. Salvation was at hand though, from a seemingly unlikely source.

I'd always liked the look of folding bikes. This was partly based on the fact that most owners rarely have a bad word to say about them, but also the ingenuity of their designs appealed to my inner nerd. Living 4 miles from my place of work and with plenty of bike storage when I got there, I couldn't really justify the expense of another niche bike. After the move to Corby was confirmed however the seed was planted. A bit of railway timetable studying and a change to my working arrangements at the University and suddenly I was interested in folding pedals, retractable seatposts and tiny little wheels. A trip to a local bike shop was organised and the chance to test ride a couple of models. First up the Tern Eclipse P18. A great bike, you could almost forget it was a folder. Familiar SRAM gears and 24" wheels led to a smooth ride and I was almost tempted. Unfortunately, those large wheels translated to a pretty bulky object when the all important fold was put to the test. Next up, the Brompton M3L. Now here was an unmistakable folder. Tiny wheels, narrow handlebars, Sturmey Archer gears. All very quirky - within 5 minutes pedalling I was hooked. This is a bike that genuinely puts a smile on your face. Collapse it down and it truly remarkable in its compactness - the simplicity of the folding itself being almost addictive. All that remained was to choose the colour.

And so I took delivery of my newest and most eccentric steed. The happiness of that first test-ride has persisted and I still smile every time I take it for a pedal - especially if I catch sight of myself reflected in a shop window. After getting used to its twitchy steering and occasionally clunky gears, I found myself getting quicker and more daring on my short commute to the Medical School. That journey to Corby still needed conquering though. On a sunny afternoon in May, I took the plunge. 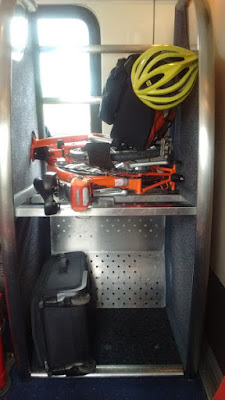 A train to Kettering, with the Brompton on the luggage rack, so far so smooth. A quick dash across the platform, another luggage rack utilised and I arrived in Corby. Bike stored snugly under my desk, a surgery completed and it was time to ride home. 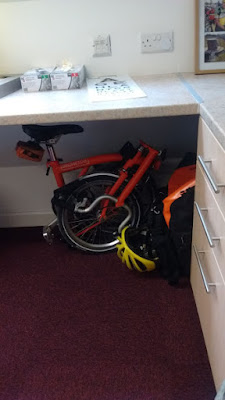 Avoiding the business of the A426 and the A6, I opted for a cross-country route through the quiet countryside I know well from my road bike forays. This is not a flat route and it was with some trepidation I approached the climbs out of the Welland Valley. I needn't have worried. The lowest of the 3 gears proved to be just low enough as I ground my way up the infamous Goadby and Noseley hills. 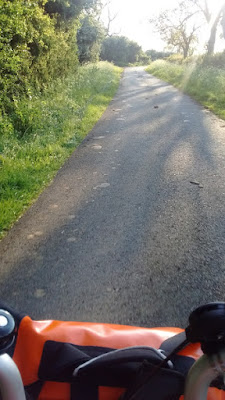 No Strava segments were ever in danger, but the gentle pootle I was committed to turned out to be one the most pleasurable rides of the year. I have the feeling that this could be the start of a beautiful friendship. I wonder if I could use it in a cross race?
Posted by Unknown at 1:49 PM